This is an H&S Christmas show (at a former M&S… no less)!

This Christmas, we’re super-happy to be working with Rich Warburton (Recognise this lovely face? Thought you would!) of Theatre in The Mill to bring a whole bunch of Christmas present wishes to life.

What the Frock is H&S’s Secret Santa?

Our elves have been busy collecting nominations for “the Christmas gift you’d most love to give”, to whom, and why. Simply enter your Christmas gift nominations here, and Hope and Santa will do everything in their power to bring these wishes to life. We’ve got some amazing present nominations so far – some personal, individual and touching, some for communities/groups, some outlandish and exciting (anyone got a swimming pool we can borrow?). Some risky… but hey, we’re being Santa here, so let’s make magic happen.

2) Deck The Halls (and bring your trolley)

From the 10th to the 14th of December, we’ll be holding five “Making Days”. Further details of these will be forthcoming in the next few days, but this is YOUR chance to be a Christmas Elf, and come help us make our show, and these wonderful Christmas wishes, come true!

THE SHOW
Where? Hot off the press… we’re delighted to announce that Hope and Social’s Secret Santa is 16 Darley Street, Bradford… The Old M&S, and a space currently curated by East Street Arts. At time of writing, there are only a very few tickets left. So if you want ’em, grab ’em here now!

What should we expect at Hope and Social’s Secret Santa?
Hux: We’ve done all sorts at Christmas over the years – 12 gigs in a day, recorded a Chrimbo song with 200 people, taken over the whole of Leeds…

… but this one’s a bit different. We’ve never made a show like this. I imagine it as a cross between Surprise Surprise and TFI Friday. Smiles, songs, laughs, tears. Part gig, part show, part Christmas Party, 100% awesome.
Fletch: H&S’s Secret Santa is our answer to the “TV Christmas Special”; the regular prime time TV show no TV channel would ever commission. We don’t have Ant and Dec, or Cilla, or any of their budget, but we’re still going to spend a week attempting to make some wishes become something like reality and on the Saturday night we’ll be sharing all of that and some drinks with you all. We might even play some songs? (I’m not totally sold on that bit)
Gary: The usual brand of Hope & Social chaos, with laughter and smiles at the end… and lots of swearing from Warbs
Si W: Shit Catch Phrase
Fletch: A low level of organisation
Ed: Minor fire risk.
Rich Warburton: Hopefully a night that you’ll remember fondly for a very long time
Ed: I think we’ll all have to come on the 15th to find this out tbh!

Why are you doing it?
Fletch: Every year we try to do something a bit special at Christmas as a way of saying thanks to all the people who help us keep doing what we do. This seemed like a very nice way of literally giving something back to people.
Ed: Plus, it was the best of a number of not best ideas

Why partner with Theatre In The Mill?

Si W: nepotism
Hux: What? A boutique theatre promoting equality and diversity with an interest in engaging the community? No brainer innit!
Gary: I’ve been familiar with their work since when Ian was at the helm, and the first time I saw/met Rich Warburton was in a play that they put on. It’s lovely to finally be a part of TIM.

Seems all fair and good. But why do TiM wanna work with H&S?
Rich W: H&S have always been a group that are really driven by the desire to create these unique memorable shared experiences. The offer to audiences is one that allows for something quite unique and special to happen with everyone having just a brilliant time. They make it look easy. Well, easy and a bit shambolic, but that’s what makes them the best group you’d want to hand over the keys to Christmas to!

Rich W: Colecovision Console, it was basically the cheap version of the Atari that my dad bought for me and my sister in 1982. I loved it. I bought one off ebay about 8 years ago but it came without the powerpack.
Gary: Amstrad CPC464. Complete with green screen(not CGI). Loved it because I could play Ghostbusters on it and it only took three hours for it to load.
Si W: Lego space ship, 1982. Magic.
Hux: Fender Strat. 1987. An awesome guitar that’s still in my arsenal.
Fletch: A matchbox robot who could carry cars in his arms.
Ed: Casio Vl Tone. Placing random numbers into the calculator memory opened me up to a lifetime of dicking around with noises rather than actually playing the notes. And the Lego Moon base from 1980. 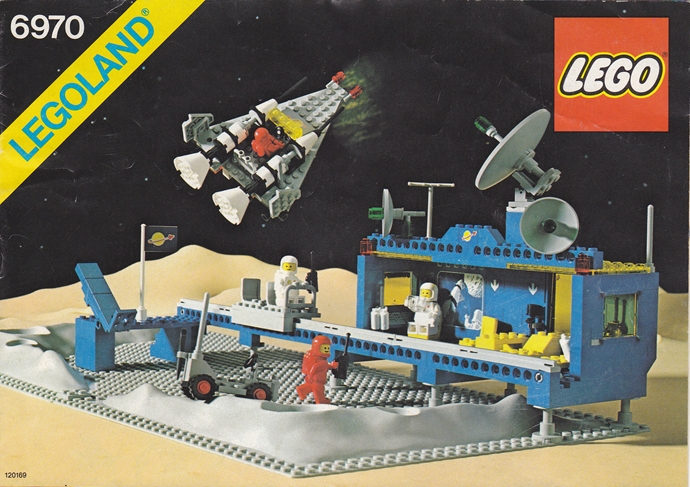 What’s the present you’d wish for yourself?
RW: To un£$@& the world
Gary: a real proton pack
Si W: those tablets the KGB used to use where you could drink as much as you wanted without a hangover
Hux: No brexit and a public dividend paid for by the architects of this cluster fudge
Fletch: A windscreen wiper motor that parks my wipers at the bottom of the windscreen
Ed: Not feeling tired

And the present you’d most love to give?
RW: My wife’s had a shitty year, so something that would make it end a little better.
Gary: A decent acoustic guitar for Ada. She’s now doing open-mics and taking music ‘seriously’. I haven’t told her it’s a shit business yet so let’s fuel the futile for a bit longer
Si W: a real lightsaber for Fred.
Fletch: I’d like to give me the present above
Ed: Un$£%@ing the world +1, for hopefully obvious reasons.

What’s the gift you most hope that someone requests?
RW: To remake the whole of diehard in a Bradford tower block
Ed: A real time recreation of Die Hard
Gary: Supermarket Sweep
Si W: Stay Puft Marshmallow Man
Fletch: Life size Guess Who

Why are you doing it at an old M&S in Bradford?
RW: This isn’t any ordinary Hope and Social Christmas shindig, this is…
Gary: The prospect of re-doing Supermarket Sweep in there.
Hux: Wellll, we wanted to do something that wasn’t just a Christmas show… hence the Christmas Gifts idea. We wanted to do something that wasn’t wholly about Hope and Social, but about doing some good at Christmas. We share these values with Rich W, and with TiM, and it seemed like a good time, and way to make it happen. Plus, it”s good to recycle, so we’re recycling a building!
Fletch: M&S Xmas pudding!!!!!
Ed: We weren’t allowed to use the Morrisons

What are the “Making Days” all about then?
Gary: If someone knows can they please tell me?
RW: Santa needs his elves man, we need our elves, those presents aren’t going to make themselves. And honestly I think the giving bit is the best bit and getting to be involved in that is half the fun.
Si W: it’ll be like Blue Peter in 1985 but with less success and a lot more swearing.
Fletch: Like elves in Santa’s workshop, we’re going to get pissed and cobble together some old shit we’ll try to pass of as presents.
Hux: We love getting people involved in what we do. (Remember this?) So, here we are again! [grins]
Ed: Making stuff! And giggling. With and for people.

Just to say, I am still buzzing from my ‘secret santa’ gig gift from Hope&Social, as are all the people who came that night. I was expecting a couple of the band and a few songs. What I got? The full band, blue blazers and a full set , including a visit from santa! Two regrets, not asking for the set list, and letting them go without making them tell me who nominated me. My year had been hard work, they brought the happy and it has stayed!