I first heard about World Book Night from Helen Harrop, Helen is one of those perpetually irritating twitterer’s who endlessly interrupts your day with links to marvelous stuff.

Something about the idea of giving a copy of your favorite book to a complete stranger instantly appealed to me.

The joy of giving and sharing words that have moved you, coupled with a random act of kindness, and a chance encounter. I was swept away by it. It couldn’t be a bad thing. Alas, it appeared from the web registration form I had missed the deadline to become one of the 20,000 “Inaugural World Book Night Givers”. Bummer.

For some reason the registration form was still live, so I stuck Hope and Social’s name down. As part of the application you had to describe how you would give the books away, and well, I felt I had more chance of being selected as Hope and Social than as lil ol me, and felt confident we could do something lovely with them.

You also had to provide a reason why you had chosen your book. From the 25 great books to choose from I plumped for The Curious Incident of The Dog In The Night Time by Mark Haddon, I had enjoyed the book, and had a “reason”;  I  used to be in a band called Christopher Christopher. The name was a reference a part in the book where the boy Christopher finds letters from his mother, who he has been told is dead; and passes out. When he is awoken by his father calling him, he sees his fathers words printed out in his mind, but in his mothers handwriting, “Christopher, Christoper!”. What! We were young (ish). Anyway, its better than “Yummy Cupboard Five”!

As the entry date had apparently passed, and getting hold of the band is increasingly difficult (time is the biggest enemy), I neglected to check my choice was cool with them and filled out the form and forgot all about it.

Several days later, to my surprise I received an email saying we had been selected as one of the 20,000 “Inaugural World Book Night Givers”. I was delighted.

I told the band.

To my horror, one of the band had some strong reservations about my book choice. They had a family member with Asperger Syndrome and felt it did not accurately portray the reality of the condition.

It transpires that the author himself has stated on his website that he knows “very little about the subject”, and that he “slightly regret[s]” that the term “Asperger syndrome” appeared on the cover of his book. Moreover, he had done no research about autism before writing the novel. Rather, he recommends that one read works by people who have Asperger syndrome themselves.

Thankfully we agreed that raising the awareness of Asperger syndrome and the idea of world book night in itself was enough reason not to cancel.

We set about planning an event for giving out the books. At first it was exciting, planning events with Hope and Social is always exciting. Ideas abound. Anything feels possible. We laugh at how ridiculous our ideas are,  and that we have the gall to think they might work, and then we do them anyway.

But nothing felt right.

The band would play and we would give out the books. But where, to who?

Do it at a library: coals to Newcastle.

Do it at an Independent Book Shop: coals to Newcastle, and does it help their business?

Do it where people are waiting, busk at bus stops, laundrettes, train stations, opticians: the busking part felt great, but the giving books to strangers part all of a sudden stopped feeling so romantic, and started to feel incredibly….well…. patronising, pretentious and worthy.

Not only that, but World Book Night itself was taking a beating in the press. There was concern from some quarters about the impact a flood of one million free books would have on the already struggling book shops.

I could feel us starting to recoil from the project. It was too late to cancel and I had got us into it.

Thankfully, the profile of World Book Night started to gain momentum. Adverts started to appear on BBC Radio 4 and BBC2 (who will be dedicating the a whole nights schedule of TV to it). Support for the event started to roll in from some high profile figures, Damon Albarn, Nick Cave, David Gilmour, Antony Gormley, Damien Hirst, and an impressive launch event in Trafalgar Square was announced.

The event sparked debate. All over the internet, in book shops and in the media people talked about the problems faced by the book industry. There was exciting talk of  a world book shop day, and a fantastic alternative plan for how people can get involved in world book night emerged.

It was clear that the sheer scale of the event was going to be its success. That the number of people involved and aware of it would surely counter any impact the free books would have on book shops.

Books and reading would be king for a night, it would be the biggest ever celebration of writing and reading and the power of books.

World Book Night was starting to feel like a good thing to be part of again.

With the day looming we started talking again about how we would give out our books, and finally an idea that felt really positive came out.

This Friday we are going to the amazing Carr Green School in Brighouse to teach the kids some Hope and Social songs, meet Hope and Social, the chickens, do a mass book swap, give out 50 copies of The Curious Incident of The Dog in The Night Time, and then, with the help of the kids and 250  kazoos, we will do a gig for a group of  wide eyed parents in a last thing on Friday afternoon assembly. 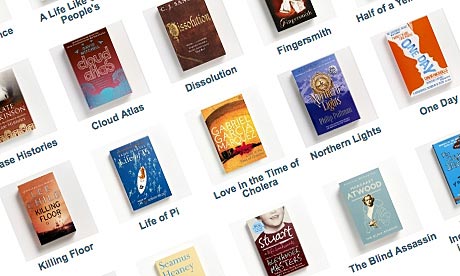 If you want to get involved in World Book Night, and why wouldn’t you, we urge you to support you local book shop by throwing yourself head long into this lovely idea that Nicola Morgan suggested on her blog:

“One day between now and next Saturday (5 March), let’s each of us buy a book, preferably from an actual bookshop, or direct from a publisher. Any book.”

“Write inside it: ‘Given in the spirit of World Book Night, March 5th 2011 and bought from [insert name of shop] – please enjoy and tell people about it.’ And give it to someone. Anyone. A friend or stranger, a library or school or doctor’s surgery or anything. Then go home, and enjoy whatever you’re reading yourself.”

Be sure to let us know which book you choose below, or feel free to buy us one! :)

Meet Hope and Social, The Chickens. « Hope And Socialreply

[…] Green School in Brighouse to give out 48 of the 1 million books being given out free as part of World Book Night and to meet, wait for it………….. Hope and Social, the chickens! Thats Hope on […]

Reply to Meet Hope and Social, The Chickens. « Hope And Social Cancel reply