It’s Jason’s birthday. Wish him a happy one.

First gig in ages last night and good to blow the cobwebs out at the Talbot. Always very welcoming, we get very well fed and waterred, it’s a pleasant way to spend 14 hours is the Talbot.

Seemed somehow rowdier last night, in fact it felt like carnage, like eveyone had had 3 beers more than usual or something. Also, we weren’t perhaps gig fit, though we started at 9-30 and knocked off at midnight… 2 and a half hours, so I suppose it’s fair enough that we were physically tired at the end.

We did the usual mixture of our stuff and panto. A bit of AC/DC, some Van Morrison, 20 minutes of “challenge Rich” including full band versions of 9 to 5, Achy Breaky Heart (the shame… the horror), Cocaine/Sunshine of Your Love/Layla Medley, Superstition/Anothe Brick in the Wall (very poor version). Shocking behaviour, but funny. Y’know, that’s what it’s about for us… We made a pact when Ash left that we would only do the fun stuff from now on…

Someone brought their own words for The Beautiful South’s, Song For Whoever… Is live, full band karaoke the way forward?

Bed came at 5-30 this morning, after a monster Simon and Garfunkel set by Gary and a fair few pints of Wainwright (the ale, not liquid Simon – to be clear) and a couple of damn fine single malts, notably Laphroaig and Talisker. I think that my Laphroaig Quarter Cask at home may have spoilt all other malts for me. What else could be better? All offers greatly accepted.

We’re pulling into Ripon shortly, hopefully… The gales are battering the van around quite considerably. Providing the van stays upright the show will most certainly go on. We’re in a dust storm right now. If we don’t make it, tell my wife I love her.
;) 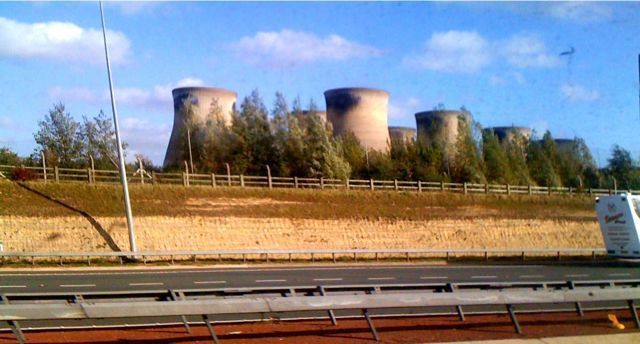 New Pics from this event up here