After two days rehearsal with drummers Ian Firth and Gary Stewart we’re in the van on our way to the Talbot Inn, Chaddersley Corbett. A 16th Century pub who won our second living room gigs competition. We love this place, not least because we get well fed, waterred and they don’t make us go to bed at any time.

We’re in the van right now, Simon is redesigning the Hope and Social website, Ed’s working on some photos, Gary’s backing up his phone contacts in advance of losing his phone again and Jason’s on driving duties.

11 miles to go and I’m in that calm before the storm phase. Colbie Caillat’s “song” has just come on Radio 2. Fallin’ For You is the title and we’ve come to the realisation that it’s a song funded directly by dirty money. It sounds like the bastard daughter of a crap Natalie Imbruglia and fathered by either Steve Wright or Paul O’Grady. Makes me wonder, as far as the future of radio… Who the hell would be candidates for “the next”… John Peel… Steve Lamacq? Is it Huw Stevens? Good chap! I guess what I miss is the idea of a DJ as a filter, as someone excited by music and the finding of new music. I heard Chris Moyles say live on air “as if I’m going to trawl through an hour of mp3s to try and find a decent song”. My blood boils. Should we start an open letter? Working title “Dear producers, sack self, dear DJ, do your job”. 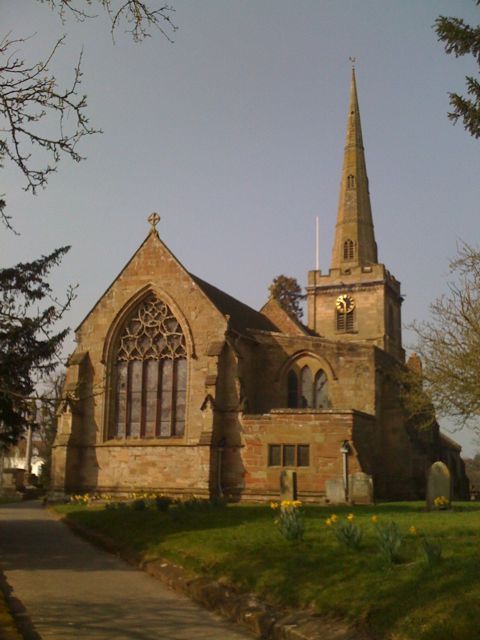 The view from The Talbot

PS – Chris Evans and “Billie Jean” on radio 2 have restored some hope, and faith in human nature. We may give this a try tonight. Keep peepers peeled for bad versions on YouTube x 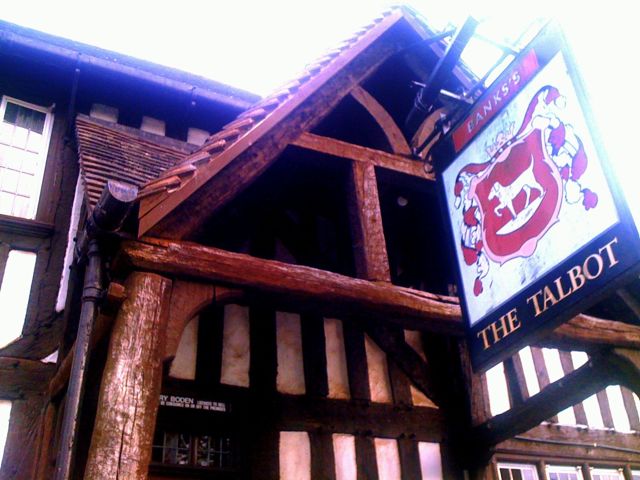 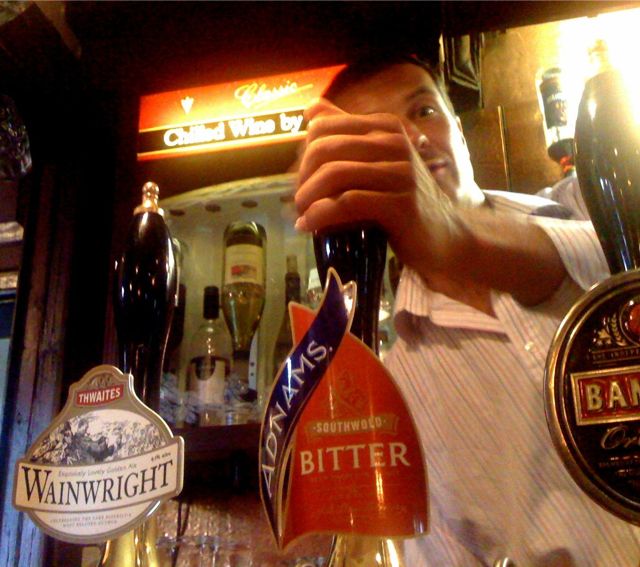 My local Chicago college radio dj just introduced me to three bands I had never heard before and that I am now very excited about. Why do I trust his tastes? Well, for one thing I am certain no one has bought him off. Including his employers – I’m pretty sure he’s a volunteer.

Have a great show.

I think you’re right about the DJ doing his job.Even the professionally cretinous Moyes ought to be searching and listening.Sorry-forgot. He’s too busy being famous and surrounded by paid friends to remember what he’s there for.Gosh,a mini rant!
Best wishes for the tour,
Jonathan.

quality gig at The Talbot on Friday. loved it, even if it was hard for you to quieten a few of us down at times! see you again at some point. Agree re: radio, though Zane Lowe is the best we’ve got.

Aw thanks. See you soon. Re: the Talbot, it wasn’t like anyone was hugely loud and even the whole pub, it just felt a bit wirey. It’s not a criticism really just felt a tiny bit weird. Certainly didn’t stop us having fun and certainly won’t stop us coming back to Chaddersley Corbett.
xR